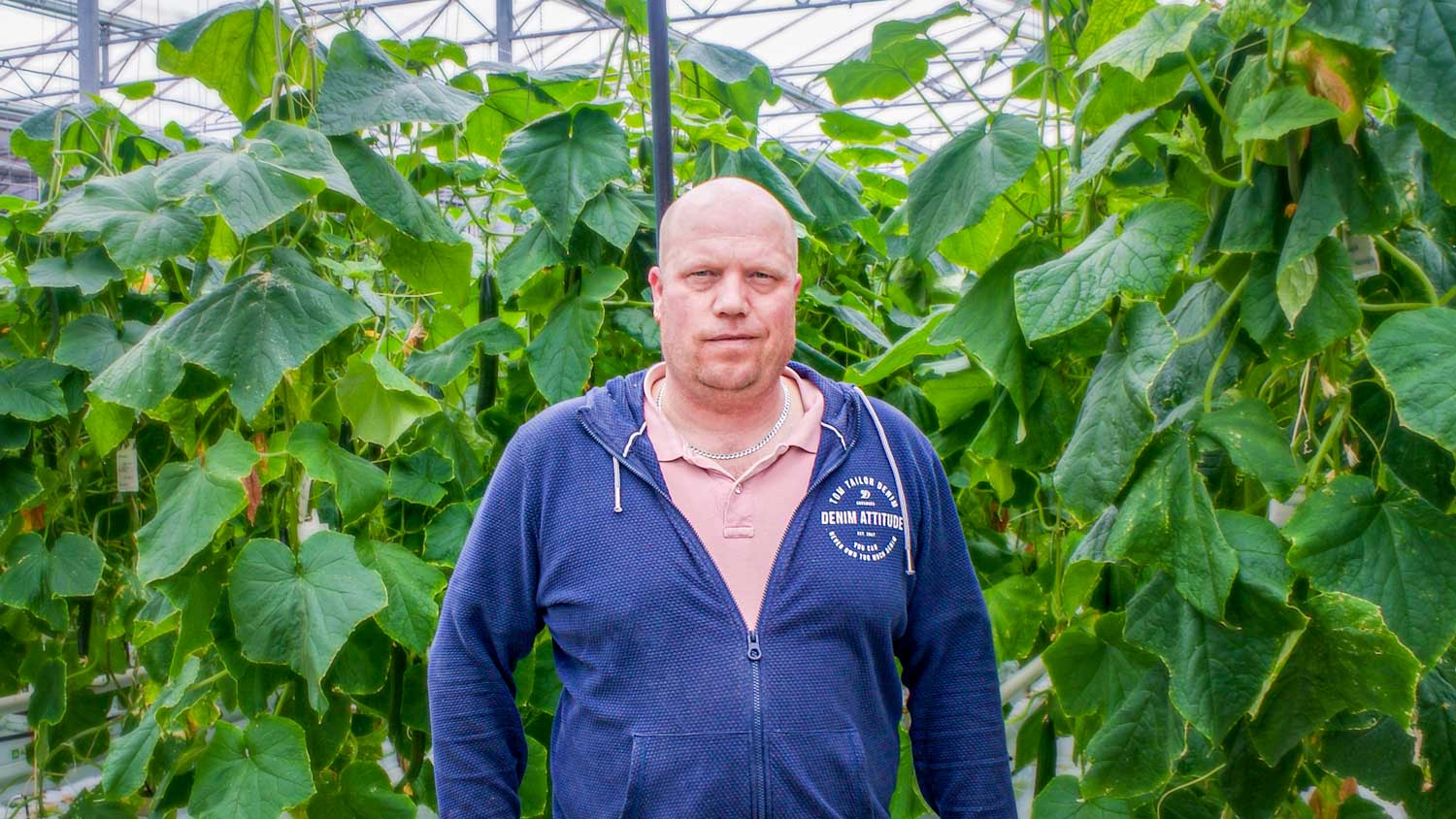 After taking over his father’s courgette company, Remi van Geest has been growing cucumbers at various locations since 2016 in Tinte. Remi has been using Growficient to monitor water levels, EC and temperature in his substrate for a year and a half.

What were his reasons to choose Growficient?

Remi mentioned that he wanted more insight into the substrate on his different greenhouse locations. Using Growficient for his company was at first mostly just about testing out how it could be beneficial to him. He mentions a problem with unequal water distribution that he encounters with his company last year as an example. “I only noticed the problem when the crops were already showing it, when this happens you are already too late”, Remi clarifies. The problem according to him was the lack of measurements: “you usually keep scales in the greenhouse, but that is only one measurement”. For Remi it is important to have multiple kinds of measurements in the greenhouse as this gives you the chance to detect critical situations. Growficient aims to ensure that farmers are equipped with insight that is as complete as possible by using multiple sensors per watering section.

With a scale you only measure at one spot. With Growficient sensors you get a reliable overview of the entire greenhouse.

How do you use Growficient?

Having these new insights brings Remi several advantages. “At the start of the season, they say that watering once a day is enough. If you give 100cc, this is a very small round. My drippers have a higher capacity and that is why there will be a difference between the front of the path and the back. You would not notice this with the scales, but you can if you measure in multiple places”, according to Remi. Besides this he also states that data teaches him things: “you get more insights into the different corners of the greenhouse”. I find it especially interesting to watch EC. You can see very exactly what is happening everywhere. This helps me decide if I give another round of water or not and if I will do this at a higher or lower EC. It is also through having experience with the data that the EC will straighten itself out, while otherwise you might be inclined to change your drip-EC. You can for example clearly see in the graphs that the EC decreases after you harvest there”. It is through learning from the data that he is able to predict what would happen in the future in similar circumstances, and this allows him to act accordingly.

Another advantage of having multiple points of measurement is that it will give you a reliable average. It is important for Remi to look at the dry-back of his substrate. “The scales only measure this in one spot, but with the sensors the overall picture is reliable.” Growficient means he is more in control, which is also useful for managing his multiple greenhouses: “because we have multiple different locations, this gives us more control. It speeds things up quite a bit”. Working with thresholds on the dashboard that he selected himself, is also very useful for him. 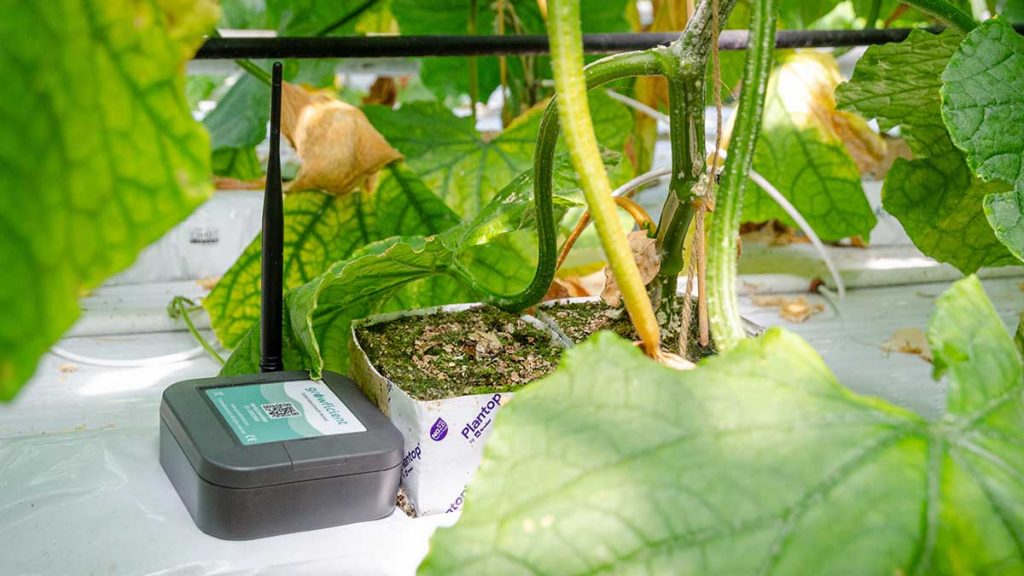 What other important role does Growficient play in the company?

Remi explains that Growficient helps him make certain decisions: “for example, in the fall I notice in the graphs that in the afternoon at 3 o’clock the saturation point has been reached. When the sun is not expected, you can stop watering. If you would have only focused on time, you would have continued giving water even though this was not necessary.” This way you can save water. He also believes this helps prevent problems like pythium, which normally occurs more often in a root environment that is (too) wet. He also is in favour of creating a connection to the climate computer. “Having a connection to the climate computer is important. The measured dry-out could have an extra influence on watering” he indicates.

Growficient is currently working on creating a platform-level connection with different climate computers. Apart from this, data is being used to work on smart recognition of the start- and stop moments of irrigation, so that this could be automated in the future. The ultimate goal is, of course, to find the best way to support farmers in optimising their irrigation.