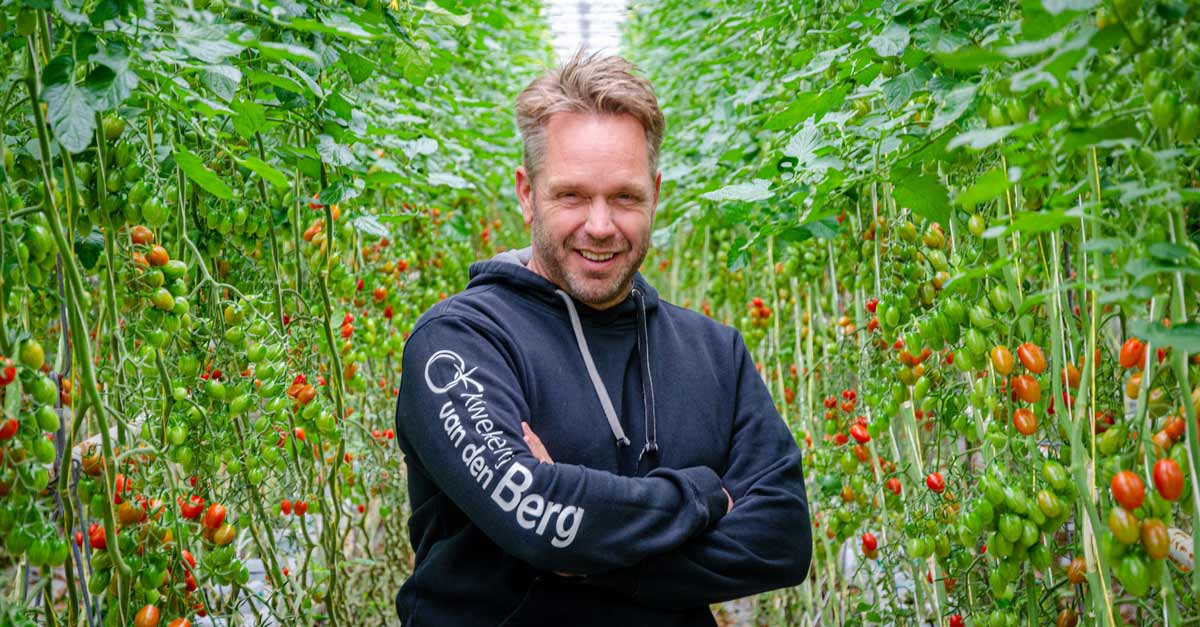 For tomato grower Van den Berg ‘an honest and fresh product for the consumer’ is key. Owner Marcel is fully committed to that. Two years ago, he switched from stone wool to Forteco coco substrate of Van der Knaap, and since then he started using Growficient substrate sensors. This switch provided a high yield this season.

Fellow growers were already using coco substrate in snack tomatoes. Cultivating tomatoes on coco substrate worked out well for them. Their yield was at least at the same level. However, there was another reason for this switch: coco substrate is more sustainable than stone wool. “This substrate is a natural product, and it does not give any waste. This contributes to the future of vegetable production in the Netherlands.”

The yield on coco substrate was comparable to stone wool in the first year. It became even better the second year: “The main measure of successfulness is the yield. With much lower energy consumption, the yield was about 7 percent better last year.

The first year after purchase was a lot of discovering. Marcel had to develop a new irrigation strategy for growing tomatoes on coco substrate, but it was well worth it. “Because of the substrate sensors from Growficient, I was able to monitor the irrigation perfectly. This was necessary because coco has a different structure than stone wool. Because of the insights on the dashboard, we now also water at night.”

The irrigation and dry-out can be monitored perfectly with Growficient.  This provides better insight into the plant's water needs.

In stone wool, Marcel used 3 sensors to control the irrigation. He now uses 12 sensors from Growficient in his 3ha greenhouse. “I get far more reliable numbers now. In the graph, I can see the limit value, for example. Outside that limit, I can take action.” Dry-out can also be monitored perfectly, according to Marcel. This provides better insight into the plant’s water needs.

It was an investment: switching from stone wool to coco substrate, combined with Growficient sensors. “It is more advantageous in the long run when we manage to keep the extra yield. The plant is more active in coco coir.” Marcel is happy with his choice. Especially with the rising energy costs. He cultivates slightly cooler: “Because this growing medium warms up a little faster in the morning, the plant activity starts off more rapidly.”

Next step: to automate the irrigation

What does the future look like? “The sector is geared towards a sustainable way of growing. Growers are increasingly working with sensors. The choice for coco substrate and for Growficient sensors fits well with that.” Looking back, he would make the same switch again. “I am very satisfied. My yield is above budget.” In time, Marcel also wants to automate the irrigation. That typifies him: always looking for improvement, for the best product for the consumer.